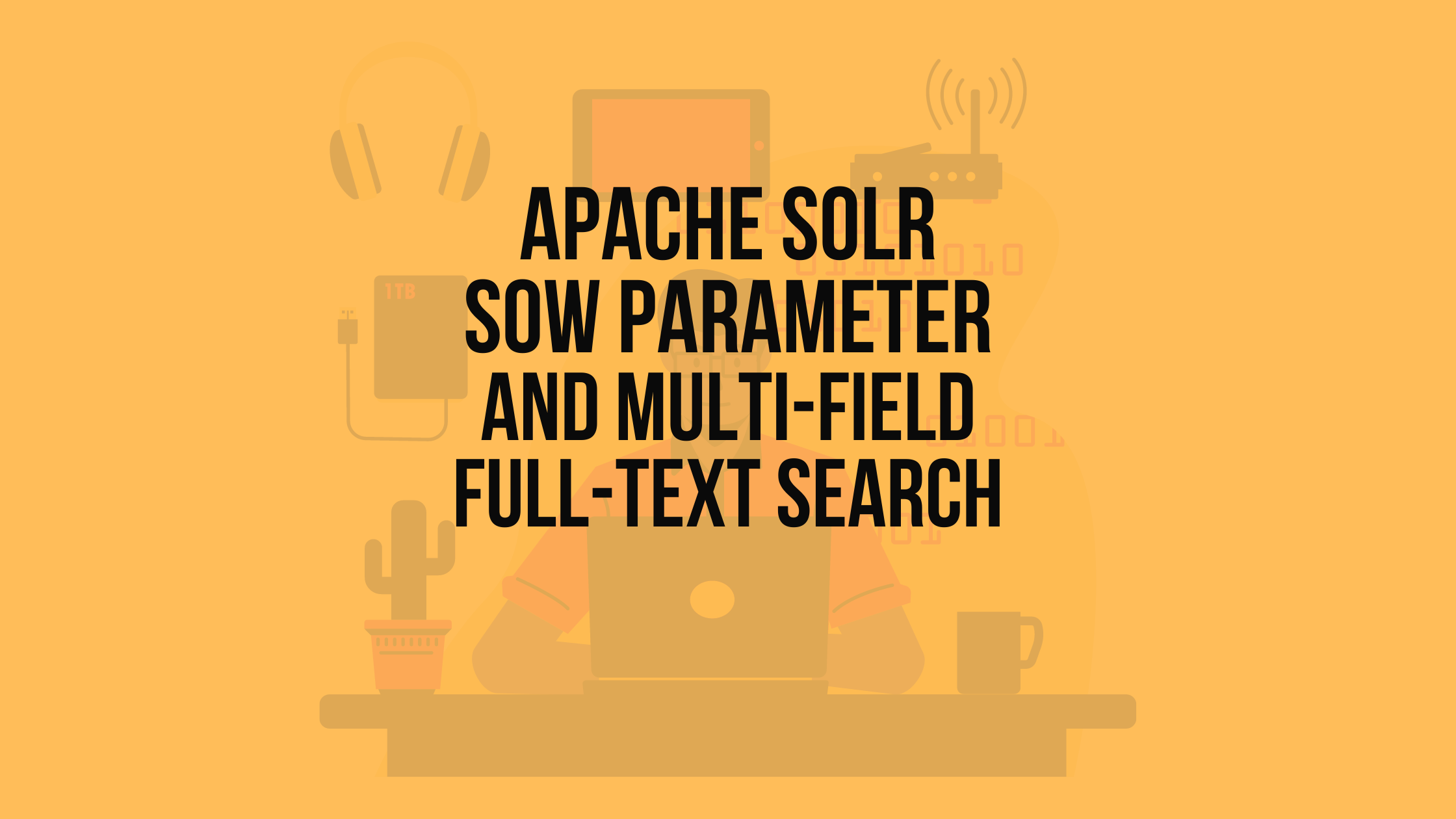 The sow parameter (split on whitespace) is an eDismax query parser parameter that regulates aspects of query time text analysis that impact how the user query is parsed and the internal Lucene query is built.
It is particularly relevant in multi-term and multi-field search.
If sow=true :

When is sow=false strictly necessary

If you have text analysis chains configured at query time, that needs the full text in input to work properly, because there is token filters that involve multiple sequential tokens to me transformed into new ones, you need to avoid initial white space tokenization, so sow=false is mandatory:
e.g.

If your text analysis is not compatible with white space tokenization, you must use sow=false
e.g.

using sow=false is mandatory in this case

When sow=false is not enough

If your field type is a string (which is not analyzed) sow=false won’t help.
This is a current bug: https://issues.apache.org/jira/browse/SOLR-15407
e.g.

Why should you set sow=true?

Given the evident advantages of setting sow=false, why does this parameter exists? i.e. why and when you should set it to true?

What does currently affect which field scores best? BM25 scoring .
BM25 is the scoring algorithm used by Apache Solr and Lucene.
This algorithm used the document frequency of a term to basically estimate how important a term is among the other query terms.
So the rarer in the corpus a query term is, the more important is considered for the overall query.
This is fine for a single field search.
But using it in Disjunctions queries brings a nasty effect:
Document Frequency is used to select the best field that matches a term (even a single term).
And it does that in a counter-intuitive way: the field where the term appears the less is considered the best.
Consequences are evident:
Corpus
Document: Comics Issue
Fields: id, title, heroes, villains

This results in a disjunction query: (heroes:batman | villains:batman)
So the score of each document will be the highest score among the potential heroes:batman match and the potential villains:batman match.
Let’s assume all other factors(term frequency, average document length,…) are a tie, Document Frequency will be the discriminant in deciding the best field match for each candidate document that needs to be ranked.
And currently, it works the opposite a user would intuitively expect: comics issues where batman was the villain of the story will sky-rocket to the top.
Inversed Document Frequency is used to select the best field for a term rather than the most important term in a multi term query.

The tie parameter flattens the impact of the “best” match among all other matches.
In the extreme case tie=1 when all matches just contribute as a sum, sow=true or sow=false becomes un-influential for scoring purposes (all the multi-term token filtering observations remain).

mimimum of query terms matched within the same field (i.e. all query terms required must be found in one of the fields)

The eDismax query parser is a tool, offering many configuration points and probably it ended up being too complicated nowadays.
Let’s summarize the current outstanding problems:

We are going to continue working on the subject, follow our blog and researches for more info!
Is a new query parser specifically designed for multi-field search, coming to the Apache Solr world?

Did you like this post about the Apache Solr sow Parameter (Split on Whitespace) and Multi-Field Full-Text Search? Don’t forget to subscribe to our Newsletter to stay always updated from the Information Retrieval world!