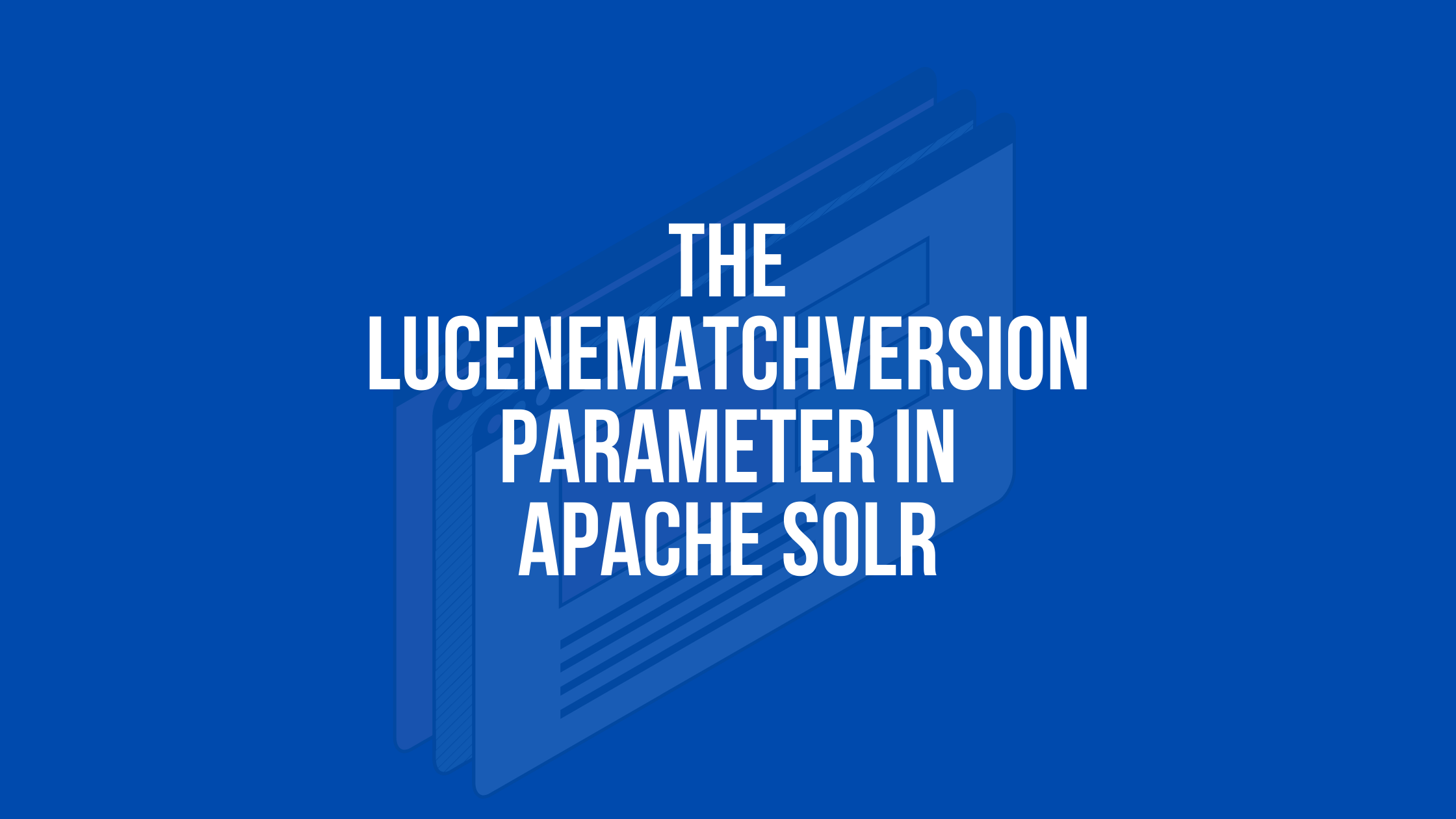 The luceneMatchVersion parameter in the Apache Solr solrconfig.xml specifies a reference Apache Lucene version to use to affect some of the internal components.
Apache Solr uses Apache Lucene as an internal library, the binaries of an Apache Solr release are coupled with a specific versioned Lucene library.

So given that an Apache Solr version is coupled with an exact Apache Lucene version, what’s the meaning and usage of the luceneMatchVersion configuration?

The list of supported versions associated to a Lucene release are listed in this class: org.apache.lucene.util.Version

Not Changing the Index Data Structures

The luceneMatchVersion parameter is primarily a tool to ensure consistent indexing and query behavior through an upgrade.
A new release could introduce a different behavior for the text analysis chain of certain field types(tokenizers, token filters ect..).
A bug in a tokenizer could be fixed or simply the way a token filter was working could be changed.
When upgrading your Apache Solr instance to X+1 version, if you want to keep the same logic as an old Lucene version X, to keep consistency with the text analysis chains you were using, it is a good idea to set such version X in the luceneMatchVersion.
When upgrading a Solr instance from version X to X+1, it is a good idea to deploy the new version with the <luceneMatchVersion>X</luceneMatchVersion>.
In this way, you keep consistency with the old index X and continue to index live new documents minimizing surprises at least for backward compatibility until you can afford to re-index.
As soon as possible you should proceed upgrading the luceneMatchVersion to X+1 and run a re-indexing.

e.g.
If an index starts out as 6.x, then is run for a while in 7.x, but there are still 6.x segments left(not merged), then that index will not work in 8.0 (indipendently of the luceneMatchVersion)

Version Upgrade – Why you Shouldn’t Use “LATEST”

If you set <luceneMatchVersion>LATEST</luceneMatchVersion> you don’t have control on the exact luceneMatchVersion associated with an Apache Solr collection (it will be the same version of the Solr binary code).
So if you do an upgrade, you may end up with un-predicted changes in text analysis and other components as soon as you upgrade.
If precise back-compatibility is important you should always specify an exact version.

The Similarity algorithm in Apache Lucene implements the logic to assign the score to a search result when ranking happens at query time.
There are various similarities implemented, you can find them here:
lucene/lucene/core/src/java/org/apache/lucene/search/similarities
Currently in Apache Solr Classic Similarity is TF-IDF (https://en.wikipedia.org/wiki/Tf–idf)and SchemaSimilarity is BM25(https://en.wikipedia.org/wiki/Okapi_BM25).
BM25 has been introduced as the Apache Lucene/Solr default since 6.0 .

In org.apache.solr.search.similarities.SchemaSimilarityFactory#getSimilarity the luceneMatchVersion regulates which Similarity Algorithm to use by default:
N.B. this code snippet is from Solr 6, in current Solr implementations there’s BM25Similarity and LegacyBM25Similarity involved in the conditional check, but the concept is the same.

Did you like this post about the LuceneMatchVersion parameter in Apache Solr? Don’t forget to subscribe to our Newsletter to stay always updated from the Information Retrieval world!