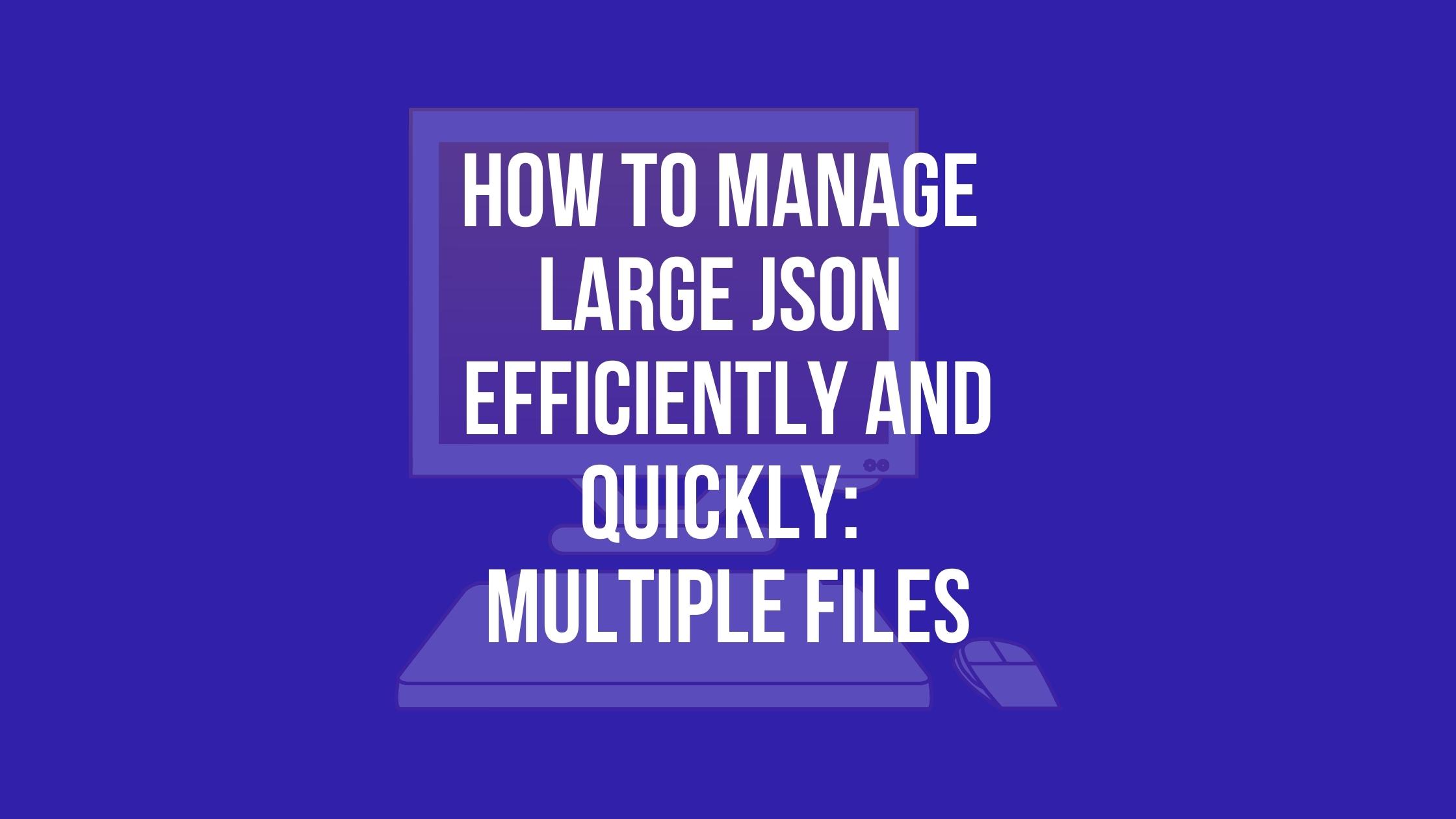 If you’ve read the first blog post, you have already learned some tips and tricks on how to handle a large JSON file in Python. In this, I want to focus on how to work efficiently with multiple JSON files.

As already suggested, it is better to read a JSON file via Pandas, using the read_json() method and passing the chunksize parameter, in order to load and manipulate only a certain amount of rows at a time. The method will not return a Data frame but a JsonReader object to iterate over. In order to access the file contents and create a Pandas data frame, you can use:

We tested both methods using the same data and found that a For loop appears to be better than Concat in terms of time (139.496203 seconds instead of 146.306893) but not in terms of memory, as you can see from the results of this experiment:

You could also play with the value of the chunksize parameter until reaching a good balance; the value has to be set according to the availability of your data. In particular, we noticed that the bigger the chunks the faster the parsing and the higher the memory usage. Then, you can try to experiment and achieve acceptable parsing time and memory usage. In our case with a chunksize value of 10000, we reached a good compromise.

Here you can find some community discussions on the topic:
https://stackoverflow.com/questions/51278619/what-are-the-efficient-ways-to-parse-process-huge-json-files-in-python
https://github.com/pandas-dev/pandas/issues/17048

When working with JSON, is it better to have many small files or few large files?

To explain what I mean, let’s imagine having e-commerce.

We collect all the interactions that users have with the website products and save them in JSON logs. Then we have to read all these files with Python, manipulate them, and create the training and the test sets in order to train a Learning to Rank model.

We configure the system to roll log files based on date/time and we hypothesize two different scenarios:

We would have about 2GB of data in both cases, but we wondered if it would be better to manage one large file or several small files in terms of time and memory usage.

We tested the pipeline using both approaches on half-month user interaction data to simulate a real-world application.

The Pandas function dataframe.info() was used to print the summary information about the data frame. It includes the columns’ name, the non-null count, and the dtype. The memory_usage parameter specifies whether total memory usage of the data frame elements (including index) should be displayed. A value of ‘deep’ will perform a real memory usage calculation:

To record the CPU and memory activity of the entire Python process, we used the utility called psrecord that allows us to store the data to a file or plot it in a graph:

Let’s see what happens if we drop all the ‘object’ features from the same dataset.

Before we had 77 columns including 45 ‘object’ types (which are all array). Deleting them, we end up with 32 columns with the following types:

Time and memory have drastically changed!

In this case, parsing 25 GB json files takes around 10 minutes and the data frame memory usage is roughly 3 GB. Even RAM usage has also dropped significantly.

This is proof that the more your dataset contains primitive types, the less impact the data parsing will have. The more the ‘object’ features number increase, the more the gap between the cost that the json files originally had on disk and the data frame memory will increase.

The fact that many small files require less time but more RAM usage in parsing than a few large files remained ​unaffected!

For simplicity, in this experiment, we just dropped the ‘object’ features to show you the advantages in terms of time and memory. In a real-world scenario, we have to find a way to convert all the ‘object’ columns into more memory-efficient types.

In the next “tips & tricks”, we will discuss how this can be solved in detail. Stay tuned!

Did you like this post about “how to manage large JSON efficiently and quickly: multiple files”? Don’t forget to subscribe to our Newsletter to stay always updated from the Information Retrieval world!

From Training to Ranking: Using BERT to Improve Search Relevance