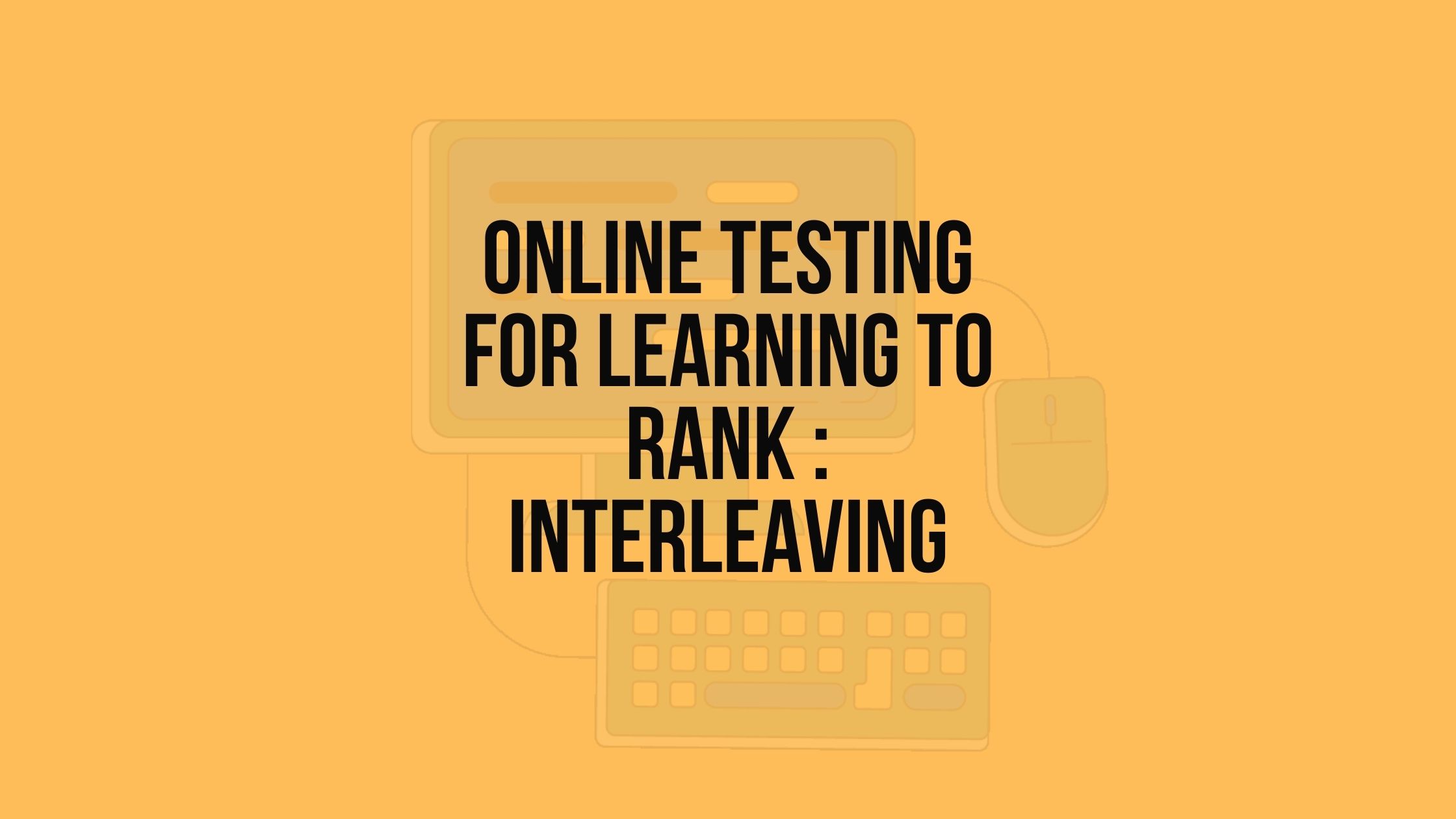 If you have read Part 1 of this blog post, you should know by now how many fantastic things can be done with online testing! In particular, the advantages that interleaving brings with respect to A/B testing, but you are still waiting for the answer to a question: how to implement it?

Let’s see together some of these interleaving implementations. First of all, let’s describe the first implemented interleaving approach, then I will present to you the two most used ones.

The first implementation is: balanced interleaving.

Let’s make an example to explain everything more clearly.

Suppose to have lA = (a1, a2, …) and lB = (b1, b2, …).
We give a priority to one of the two models with the randomBit() function (line 2). The chosen model will decide first which documents to add to the final list. Suppose we select model_A: Afirst = 1.
Then we will repeat this process unless we have at least one document in both lA and lB :

At the end of this loop, we will have added all the documents from lA and lB (with at most one discard) in lI .

We can, therefore, see that in this way we create a unique list lI containing documents from both the model, respecting the relative rank of the documents inside their original list ( lA and lB) .

How to evaluate the results?

The obtained result list lI = (i1, i2, …) is now shown to the user, who clicks those documents that mostly reflect his information need. Suppose to call c1, c2, … the ranks of the clicked documents and cmax = maxici .
In order to derive a preference between the two models, we count the number of clicked documents from each model in the top k results of lI , where:

In particular the number of clicked documents for each model is:

One drawback of this approach arises when comparing two models that produce very similar ranking lists. If for example the ranking list of model_A is identical to the one of model_B with the exception of the first document: lA = (a, b, c, d) and lB = (b, c, d, a). The comparison phase will bring the model_B to win more often than model_A. This happens regardless of the model chosen by RandomBit().
This drawback arises due to the way in which the k parameter is chosen (the min rank that includes all the clicked documents) and to the fact that model_B rank higher than model_A all documents with the exception of a.

The team-draft interleaving approach overcomes the issue described for balanced interleaving with a new way of constructing the interleaved result list lI . In particular, the algorithm relies on the widely used method of team captains, in team-matches, for the selection of the players.

Suppose to have two captains A and B. Suppose to choose one of the two by chance at each round. Then the selected captain will choose his favorite player still available, add him to the team and then leave the turn to the other captain that will do the same. This will repeat unless there are players available.

Suppose to have lA = (a1, a2, …) and lB = (b1, b2, …).
Here, like in balanced interleaving, the choice of the starting model is given by randomBit(), but this choice is done at every round and not only at the beginning of the algorithm.
We will repeat this process unless we have at least one document in both lA and lB :

At the end of this loop, we have added all the documents from lA and lB (with at most one discard) in lI . We will also obtain the list of documents belonging to TeamA and TeamB.

How to evaluate the results?

Again, the obtained result list lI = (i1, i2, …) is shown to the user, who clicks those documents that mostly reflect his information need. Suppose to call c1, c2, … the ranks of the clicked documents.
In order to derive a preference between the two models, we count the number of clicked documents in each Team:

In the same way as the balanced interleaving, we can derive a preference for all the queries.
We compute wins(A), wins(B), ties(A,B) and then ΔAB .

Also for team-draft interleaving there is a drawback.Suppose to have two ranked lists: lA = (a, b, c, d) and lB = (b, c, d, a). Suppose c to be the only relevant document.With this approach we can obtain four different interleaved lists:

All of them putting c at the same rank.Applying our preference computation, it will result in a tie between the two models, when actually lB should be chosen as the best one.

The equation for computing the probability distribution, given a ranked list of documents, is:

Let’s explain a bit more how it works.

First of all, we have to spend some more words on the computation of the probability distribution (line 3). Suppose to start with model_A, in line (3) we have the initialization of s(lA). What does it mean?
The idea behind this step is to associate to each document of lA (and after of lB) a probability. This probability is computed using a softmax function on the rank of each document. This allows us to obtain a higher probability for documents with higher ranks and lower probability for documents with a lower rank. In this way, documents at the top of the list will have a higher probability to be chosen as we expected, since we ideally would like to maintain the relative rank as much as possible. Moreover, all the documents of lA have a non-zero-probability to be chosen for lI, increasing the fairness of the algorithm.

Once obtained the distribution for both the models (model_A and model_B), we start to create the interleaved list lI .
At every loop:

After the realization of lI an evaluation similar to the one of the previous methods can be applied. Alternatively, a probabilistic comparison with marginalization can be done. I’m not going to explain it, but if you are interested in this topic I recommend you to read [1, 2].

This implementation, as said in [1], ensure no bias. First because, in expectation, each ranker contributes the same number of documents to lI .
Second, because the softmax function, constructed for each ranker, has the same shape and thus, the probability allocated to each document, depends only on its rank.
Third, because the use of assignments guarantees that each click is attributed to only one list, as in the team-draft method.

The use of a probability distribution for the document selection increases the fairness of the algorithm, but it could also lead to a worse user experience. It may indeed happen that documents with a low rank are selected and put higher in the final list lI .

Let’s recap the main points of this blog post.

Make online testing is very important because it allows us to have direct feedback on how our model is performing. All the obtained results are computed on user interactions, which are the most reliable form of the relevance expression.

There are several advantages for interleaving with respect to A/B testing:

There are three main implementations in interleaving:

Did I mention we do Learning To Rank and Search Quality Evaluation training?
We also provide consulting on these topics, get in touch if you want to bring your search engine to the next level!

Did you like this post about Online Testing in Learning to Rank? Don’t forget to subscribe to our Newsletter to stay always updated from the Information Retrieval world! 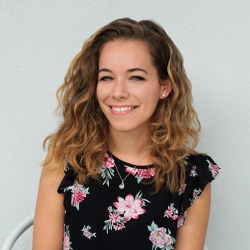 Anna Ruggero is a software engineer passionate about Information Retrieval and Data Mining. She loves to find new solutions to problems, suggesting and testing new ideas, especially those that concern the integration of machine learning techniques into information retrieval systems.

The Importance of Online Testing in Learning to Rank – Part 1