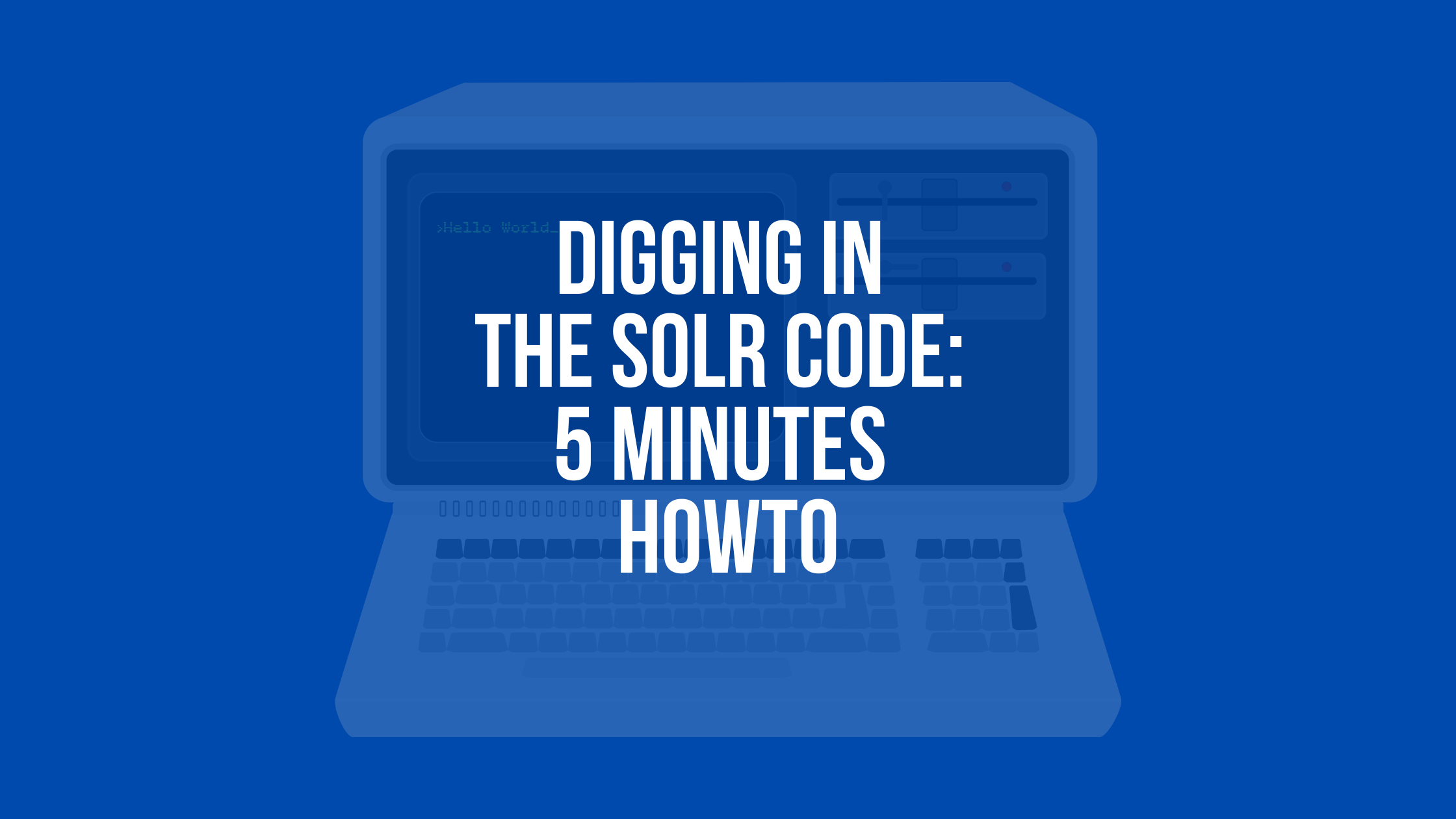 Let’s say you need to write a component, a request handler, or in general some piece of custom code that needs to be plugged into Solr. Or, you need to have a deeper understanding about some Lucene/Solr internals, following what actually happens within the code.

I know: unit tests, integration tests, everything to make sure things behave as you would expect; but here I’m talking about something different: while developing, it is (at least for me) very useful a productive and debug environment where it is possible, using short dev iterations, to follow step by step what’s happening within the code, taking a deep look at how actually things work behind the scenes.

In my experience I found that useful in a couple of scenarios:

Let’s see how both of them can be accomplished in few minutes!

Once imported in your favourite IDE, the project layout will look like this:

As you can see, the template project provides:

Surprisingly, that’s all! There’s no a second step!

Use Case #1: implement, debug and test an add-on

As previously said, in the example repository we already have a simple add-on which consists of a TokenFilter that prints in the standard output each token produced in the analysis chain. The filter has been declared in the Solr configuration as part of “text” field type analyzer:

The test class triggers that analyzer because it indexes some documents, so if you run it as a plain JUnit test, you will see the following output:

If you but a breakpoint in the token filter and the re-run the Tests class in debug mode, the debugger will stop at that line as expected:

In this case there’s no custom code because remember, the goal is to investigate some Solr internals. Specifically, the question I have to answer in this example is: assuming we have a field

Where does Solr get the field value from [1]?

The first thing I have to do is to change something in the project:

Now, a premise: since the goal of this blog post is not to actually answer to the question above, we will skip all the investigation phase needed for understanding the overall query execution flow and for detecting the right place where we will put the breakpoint.

After some investigation, we understand the RetrieveFieldOptimizer [2] class plays a fundamental role in that process, so let’s open it and put some breakpoint:

As you can see, the name and the intent of that class is quite clear, but I still want to see what happens at runtime: let’s start the Tests class in debug mode and, as expected

I can see the field “myfield” has been collected in the “storedFields” set, while the dvFields (DocValues fields) set is empty, even if the field has the docValues flag enabled. So that probably suggests me something…

Moving forward, we arrive at the optimize method, where we meet the optimisation described in SOLR-8344:

Again, this is just an example and the goal here is not describe the findings; however, briefly, it says that if all requested fields

then Solr retrieves the values only from docValues.

[1] For who is interested in that topic, it has been widely discussed in this JIRA.

[2] Note this class (and the optimisation as well) has been introduced in Solr 7.